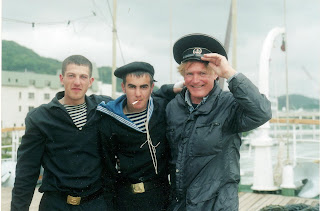 This was a very special moment in my life.

Background:
When I saw Walter Cronkite reporting from Viet Nam on CBS which produced emotions of extreme sadness and horror for me, I called out, Where is Jesus?

That wasn’t the special moment- seeing all that gore on TV. Maybe it was a strong influential factor

My parents and I went on a European tour. I am almost ashamed now to think about it.

We went in Brussels and picked up our cars. My Sky blue convertible Karman Ghia and my parents their VW Square back. I had no intention of smoking.

We would rendezvous at agreed upon meeting places. The first: Stockholm Sweden where my father was to attend an International Oceanographic Conference and a Dinner at the Swedish Palace. June 21st.

It was a special Holiday. Later that night the city was alive with merry makers. It seemed like from everywhere.

I went out by myself after that dinner extravaganza at the Palace to a Beer Garden. They were everywhere. I went into one and walked along the rows of tables. Music playing. Singing. Suddenly I saw at one table, four Russian sailors. I walked up to them and said:
“Are you the enemy?”
One of them understood English. He proceeded to spray the mouthful of beer in his mouth across the table and shower his comrade. He looked at me and then explained what I had said to his friends.
“You American?”
“Yes!”
“Tonight not enemies! Sit! We will buy you a … beer!”
“Okay.”
Way too many pitchers of Piva later (yes, it’s beer in Russian), we got up, sort of, and the five of us, went to their ship.

Holy Shit Bob, what were your thinking? Thinking???

Arriving at their ship we walked up the ships gangway and boarded the ship. The Officer on the Deck greeted us. We all smartly saluted back, sort of. It took me a moment to figure exactly what to do. I was wearing a Russian hat and a Russian coat. One of them had my Tucks jacket. I think he looked funnier wearing it than I wearing his coat.
Anyways, The Officer, I think, suspected something was not right here. He stopped us. He addressed me and one of ‘us’ answered. Russians are always very serious customers. But to say he was serious here, would be less than accurate. He was very serious!
Best as I can tell, this is what happened:

I looked back up at the ship from the dock. I had my jacket on my arm. The two sailors on duty and the officer were staring at me.

I of course, saluted them again, I think, Well as best I could.

Yes, that was a very special moment.

When I enlisted in the Navy, I lied when they asked me about ever having been on foreign enemy territory. It was a 'white' lie.
Oh, oh, here is something interesting: Do you know what the Russian word is for 'earth'? Mir! Mir is also the Russian word for 'Peace.' Kinda shoots to heck the American propaganda shoved down our throats during the 'Cold War' about how terrible the Russians are.
Posted by Unknown at 10:15 AM