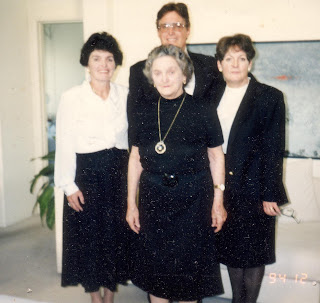 Life Goes On
By the age of eleven, I had spent a night alone in the dessert, crossed an ocean during a tumultuous storm coming to Hawaii, and experienced a tsunami and an erupting Volcano.
As I was emerging from childhood, my two older sisters were becoming adults. Pat married Bill Humphey, a marine pilot. He died in a horrific plane crash in Kailua Bay, 1958. Two years later Jeannie married Bob Fabricius, a marine pilot. He died in a horrific plane crash off of the north shore of Oahu, 1960. Neither of these crashes were their fault. Bill’s plane caught fire. He got the plane out over water and tried to land it. It flipped and pinned him cockpit down in about thirty feet of water, where he drowned.
Bob was night flight training with another jet out off the north shore of Oahu. Completing their evening training, they came back into formation to return to Kaneohe Marine Air Station. Bob was the lead jet. The other plane coming in behind him, miss judged, and clipped the canopy of Bob’s plane. It went straight into a nose dive and into twelve hundred feet of deep, sea-blue water.
I was only eleven when Bill died. By the time I turned thirteen, Bob was dead as well.
These two guys, Bill and Bob, where for me really cool guys. They were friendly, cheerful, considerate, and polite; pretty good choices by my sisters with whom they wanted to share a lifetime. Mom and Dad liked both of them as well. Bill and Bob became part of our family. They were always at our house. It was a hang out place. They became part of our family. Then suddenly, tragically they where not part of our family, that we could physically be with. Still, they’ve always remained part of my life. When your eleven years old or thirteen, to have a brother-in-law who is a pilot, that is really cool. I used to make model airplanes of the planes that they flew. They even helped me with the decals to show me exactly where the decals belonged.

The photograph of my sister Pat, Mom, BJ (Jeannie) and me was taken two days after my father passed away and Jeannie’s husband Vern passed away. Both within twenty-four hours. At the time, my mom was living in Birmingham, Alabama, the same city as Pat and Dave. Jeannie and Vern were living in Las Vegas. As a family we didn’t know which way to go. Pat, of course, stayed there to help my mom while I flew from Maui to Las Vegas. After Pat and my mom got dad into his resting place, they flew to Las Vegas where they joined Jeannie and I.
Posted by Unknown at 5:18 PM