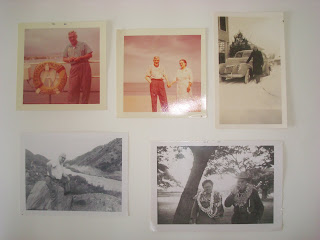 My grandfather was Sioux. Actually 1/2 Sioux. Shelby Hogan. He was a CPA with a very traditional Native American upbringing and his demeanor was definitely rooted. He was smart and intelligent way beyond all and could easily 'fit' into our American society. Because he excelled in math he choose accounting. He opened his own office in Albuquerque. I am pretty sure that his only sanity for intellectual sharing was with my Grandmother, Helen. ‘Mimi’ -as us grandchildren would call her. Mimi had moved to Albuquerque at the end of the Depression. Her former husband, Hess, during the depression had died. He was very rich. Lost it all and his health and without any money died in a hospital.

Mimi moved to Albuquerque with her daughter and met Shelby, a CPA and worked for him. Married him. Mimi's daughter from Hess was Jean, my mother. Jean graduated from High School and went to the University of New Mexico. Jean met my Dad, married him, had three children.

As a child in Albuquerque I rode my bike every weekend down to Mimi and Shelby's house about 6 or 7 blocks away to lay on the floor in their living room, next to Shelby, also laying on the floor, playing two deck solitaire. Fire going in winter. Mimi sitting in her rocker knitting next to the fire. The grandfather clock in the corner with the coo coo at every 15 minutes and it's full repertoire on the hour. Sometimes Mimi would let me 'wind' the clock. Pulling the three chains under her supervision. I always made a point of staying till noon just for the clock. Mimi and Shelby would be carrying on a conversation between the two of them like cuddle birds of the same flock. Mimi occasionally reprehending Shelby with his name prefaced by an ‘Ohhh’. But always with a smile for his wit. Shaking her head back and forth inwardly thanking God that in her day and in her age she could have found such a wonderful person to love and live with.

But if you didn’t know that I had been born out of this normal dissidence and just thought logically that if Shelby was my Grandfather I’d of been, you know, one-eighth Sioux and you made the mistake of calling me Sioux, (me thinking you said, ‘Sue’) I might smack you. And I am not Sioux but something deep in the marrow of my bones has been set to a different tone having walked through the Sangro de Christo mountains watching the hawks fly, listening to the scampering jackaloobs and the hissing hornytoads. Sometimes the distant rattle of a snake. But mostly listening to the sound of the dessert ‘just breathing’ in a very natural cadiance. You wouldn’t hear it unless you knew to listen for it. Shelby and I would come to some vista and look out and over the southwest and take it all in. And I did.
Posted by Unknown at 12:52 PM 1 comment: