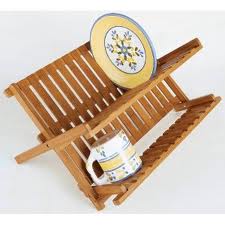 Lost in thought, I wandered down a side street which had a row of funky boutiques and miss match shops.  Then I saw it, in a window.

Standing there in front of the shop looking through the window display and up along the top cabinet of the aisle along the wall, there was the one item that I wanted.

I stepped back and went into the shop and walked past the window display to the last aisle. Now in the aisle I reached up and grabbed one. I opened and unfolded it. I set it aside and  before grabbing another making sure of the correct one.

They all looked the same but the wood was the thing that would make it last. So which would last the longest. I compared it to the one that I pulled off. Yes, this was the one.

With it under my arm I walked back through the aisles all the way to the other side of the shop. The owner having seen me and having completed the transaction with the other customer now followed me with his eyes.

Only to make the shopkeeper think that I might be interested in other items, I walked onto another aisle and feigned interest with some storage bowls, but then placed them back on their shelf. I deliberately walked into another aisle and looked and picked up some drinking glasses. I made an obvious ‘pffff’ sound, as if to indicate the asking price was totally ridiculous. Setting the glass down hard with a bang I deliberately walked without making eye contact to the shopkeepers’ counter where and placed my purchase on the counter. I took out my wallet and said, “Eser!”

It was marked as ‘esray’ but you never, ever pay full price.

I fold my wallet and turn to make a movement to put it back into my pocket, but he says: “Okay! Okay! Eser! For you!”

I can’t even fool a Jew after living here. Oy vey! “Thank you! It’s a Jewish treasure to be found nowhere else.”

“Oh, you will find them all over the Arab world, but don’t tell them I said so.”

We both smile and shake hands. “I have been working on the Mount Carmel projects. I have to have this as a keepsake.”

Still smiling, he says, “Yes, of course, where are you from?” He wraps the wooden folding dish rack in newspaper and ties it before he hands it to me.

“You will laugh, but here is my driver’s license.”

He takes it from my hand and I watched his eyes as they noticeably widen.  “Hawaii! Are you crazy? What are you doing here?”

“It must be very interesting.”