I Did! I loved Lucy! 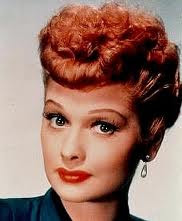 Growing up, for me, everything to do with Lucy was to laugh.

I hope you will get a laugh from this following story. Remember Ethel? Lucy’s side kick on the ‘I Love Lucy’ show? Ethel’s sister lived in Albuquerque, as well as Ethel herself, though she was seldom home. I lived there till I was 6 as a child. Ethel’s sister, Lou Ann Graham lived across the street from us and two doors down from my Aunt who was a good friend of Lou Ann’s.

One Saturday Lou Ann is having this welcoming home party for her sister, ‘Ethel’, who’s real name is Vivian Vance and a special guest. Yes, Lucille Ball. But nobody knows it. But everyone is hoping and guessing that it will be Lucy.

On this same occasion, not that my Dad and I had given it any thought, are testing out our brand new, just made, box kite. It’s a test flight! We had been making it all week.

There is a small triangular park between my house and my aunts where this test flight will take place. This home made box kite was something special. First of all it was huge! It was as big as my father who was 6 foot tall. It is made of this special tracing paper that you can not rip. My dad had bought 6 spools of not kite string but fishing line for extra strength. I believe they were 250 yards each. I do not recall exactly, but this I do remember: our kite became a speck in the heavens! My Dad was a civil engineer and anything that he did that required his education in engineering was test proven perfect. This kite was no exception and his credentials, though not visible, where on the line, so to speak. Well, it flew perfect. No hint of a dip or falter. Straight up. Perfect form! Balanced!

So, there we are my Dad and I, flying this kite with all the spools of string end to end and attached to a wooden two-handled spindle which he also had made for all this fishing line. Wow! What a kite! Big, true and awesome!

Where we lived on Parkland Circle was just a couple of miles Kirkland Air force Base and Sandia Airport. The approach to its landing was not to far away. I was to register this fact, from the following experience, though I kind of knew it, as we had driven there on occasions. Suddenly my Dad, as we are standing there for a while tells me that he needs to go to the bathroom and heads off to our house. So, there I stood holding this spindle with line and kite on Parkland Circle, Albuquerque. All by myself. ….not for long.

From behind me is some commotion and I turn around to see Lucy and Ethel of the ‘I Love Lucy’ show emerge from a car in front of our neighbor Lou Ann’s house. A whole bunch of people are pouring out of the Lou Ann’s house all excited to greet them. This is behind me as I am standing there glancing over my shoulder. Meanwhile in front of me is an Air Force pickup stopping. Two uniformed Air Force Military Police get out and walk up to me. They are looking at the string and following it up in the direction of the kite up in the heavens. One of them asks me: ‘Is that your kite?’ But the commotion of all of the people is suddenly dominating everyone’s attention, including the M.P’s. They are suddenly, looking at Lucy and Ethel and all these people 50 feet away from us. It registers with them that it is really Lucy and Ethel. I answer,’ Yes’, to their question but they do not register this information. Their mouths are agape, as they take in what is suddenly a totally unexpected encounter; Right in front of them is Lucille Ball and Ethel Mertz, of the ‘I Love Lucy Show.’ Having totally forgotten what they were doing and why they were here, I hear certain expressions being spoken by our men in uniform that are never spoken in my house as they converse between themselves. I can’t cover my ears because I have my hands full of kite, so I squint my eyes tight as if that’s going to wart off the verbiage a 5 year old should not be listening too.

Finally after some lapse of time, the one who had asked me, ‘Is that your kite?’, turns to me and says: ‘Your kite is interfering with the airplane traffic coming into the airport. You need to bring it in. or at least down to a level where it will not interfere with the planes.’ and again, now looking at it, that distant speck in the heavens, ‘Kid, you need to ‘bring it down to a level where it will not be in the path of the airplanes.’ I said ‘okay’, and started winding the two handled spindle to tow it in. It is not easy. In fact I am wondering where my Dad is.

Seeing that I am doing this they are now, again totally engaged in observing Lucille Ball and Ethel Mertz in the midst of all these people. I am winding the kite in. The two M.P.’s are having a private conversation among themselves again with the certain expressions. And it’s not about the kite. I’m standing there listening to them going on and until finally I say to them, ‘Excuse me! Maybe one of you could help me!’ Both of them turned to me and one came over. The one who was telling me about how my kite being in the way of airplanes takes the spindle and starts winding it in. The other M.P. and I then had a conversation. He shared with me that the airplanes coming into land at Kirkland and Sandia fly right through this area. If they hit your kite and started winding all that string around their propeller it could cause the plane to crash. I visualized a big ball of fishing line wrapped up tighter than a baseball around the propeller and understood what he meant.

Well, the M.P. who was winding in the kite calls over to his buddy to give him a break and asks me, ‘How much line do you have attached to this kite? And what is this line, fishing line?’ I tell him about the six spools of fishing line and he gives me an expression of like he had never heard of such a thing.

We got the kite down to a visible level and the M.P. who had the spindle, says, “Here kid, don’t let it get any higher that that, okay?’ I say, ‘Yes Sir and thank you!’

I am standing there holding this kite. My Dad - remember my Dad? - was no where in sight. I decide that I need to either get this kite all the way down or…. I tie it to a tree trunk wrapping it around it a few times. Now free of the kite I go over and stand next to the MP’s and join them looking at Lucy and Ethel. Lou Ann sees me and calls me over. She introduces me to Lucy and Ethel, who I had met before. I tell Ethel that the two MP’s would love to get an autograph if they could and Ethel says, ‘Sure’, just like she talks on TV. So Ethel walks over to Lucy, grabs her arm and pulls her away saying ‘excuse me’ and the two of them go over to the two MP’s and sign autographs for them while telling them that the Armed Forces takes precedence over everyone. One of the MP’s has pulled out a small notebook and pen for this purpose. Then Lucy and Ethel return to the party and go inside Lou Ann’s home.

The MP’s get in their pick up, laughing and looking at and admiring their sudden treasure and drive off. I walk across the street and meet my Dad emerging from the house as he is following the pick up with his eyes. He tells me that he was concerned that they might give him a fine for the kite being too high.