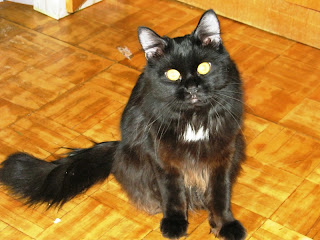 Living in Nagasaki in a residential neighborhood we became acquainted with our surroundings. Twenty-four hour vending machines literally everywhere sold everything. Rice, eggs, beer, dinners, breakfasts and even sodas. The ancient foot paths of pre cart Japan – for some reason there was a law restricting the use of wheel drawn transportation so everything had to be packed on the backs of peasants and carried – the introduction of cars in the 20th Century brought a serious challenge as the cities now so densely populated. The lanes through residential areas are for the most part one way and so narrow that the use of mirrors at driveway junctions were everywhere to see around blind corners of house, building, shack and hedges. You got used to the 'moon' chromed looking circles hung conspicuously as you did driving on the left side of the road or you died. Just kidding. Even the cars of Japan have a unique feature for the tight fitting ways - retractable side mirrors to give you that extra three inches on either side for those really narrow lanes. Another thing we came to notice was how many stray cats there were and how healthy they all seemed to be and one other noticeable fact. They were vicious.

Natalia who grow up with cats and liked them discovered how vicious they can be. Living on the sloops of Nishiyama valley in Nagasaki there is quite a labyrinth of drainage canals and ditches concreted in with various sized storm drains. This whole system seemed to have become the home and network system for all the stray cats that lived on rodents and for more clever ones fresh five claw discount fish. Case in point. Sitting one day at a stop light we saw a prowling cat moving stealthily along the street having emerged from a alley seeming to know exactly where he was going and what he was going to do and sure enough before the light had changed for us he was high tailing it very fast from whence he came, 10” fish snatched from the table of a vendors 'fresh fish' display and now clenched securing into his or her jaws as proud as anyone has ever been. Sashimi! Free Sashimi at that!

We had a genuine hardy laugh, the light changed and off we drove.

One evening and then two and then three we were woken on each occasion by a stray kitten in the canal just below and along side our house. After the third night Natalia took it upon her self to discover the source of this discourse and explored the canal to find the cute little monster without apparent means of getting out of the canal. Being the ‘cat lover’ now with asterisk attached – (except Japanese stray cats), she managed to catch the cat. Big mistake! This little cute looking kitten was kung fu master with – yes we all know that cats have claws.

Seeing her all disarrayed and heading to the bathroom to clean her scratches and teeth marks I asked her, what does the kitten look like? “Fine!!!”
Posted by Unknown at 1:44 PM